I am from a small township called Phola next to Ogies, Mpumalanga. I have no memory of my biological mother, I was taken in by my aunt (father’s side) after she passed away. My upbringing was challenging in the sense that my aunt became a single parent because my dad and her husband passed away, raising four kids including two of hers and extended family and working as a preschool ( crèche) teacher. I attended primary and high school in our township, Siyathokoza primary and Mabande Comprehensive high school respectively.  During these years I was considered one of the good performing students both in academics and other extramural activities ( netball, soccer, choir singer and debate).

Applying to study at university

I have always wanted to be a doctor since I could talk, in preschool years when they would ask us what we wanted to be. I carried this same desire through until my high school years. There was no doubt in my supportive teachers, aunt and friends’ minds that I was going to go to university, they believed in me more than I did myself.  I was helped by my friends, together we applied to different universities for what we wanted to study.  I remember I didn’t want to apply for medicine anymore because I was discouraged by my grade 11 marks ( we had to rewrite exams because a paper leaked in one of the schools in Mpumalanga), they did not meet the varsity requirements for studying medicine and I needed to do some sort of ‘clinical practicals’ to be admitted for the degree. So applied for mining engineering  (was exposed to it during a programme called  ‘take a girl child to work day' in one of the coal mines surrounding our area) and I thought it will be easier to get funding to study since it was known that the mines would come to recruit students in our schools who want to pursue  their studies in engineering and I wouldn't take six years to start working and help my aunt.

With encouragement, I applied to my current university, then known as Medunsa seeing that it was an institution solely focusing on health sciences. I applied for medicine and other health science courses, at least I would still be doing something related and I’d be in close proximity to the dream, I thought to myself.

Career Wise came into the picture when I was doing grade 12 in 2013. My teacher told me about and helped me apply for Anglo coal community scholarship, first of its kind to offer to fund students who wanted to study any course. Therefore, I am one of the first beneficiaries of the scholarship, It couldn't have come at the right time because I had just lost my brother (aunt's son ) who had recently got a better paying job and promised that he would help with the varsity. There was no excuse anymore not to pursue my dream when career came to the picture, just a little more self-belief and hard work. I passed my matric very well with five distinctions and was awarded the scholarship after a couple of interviews and psychometric tests.

The process was made so smooth from the time I applied to the cellphone and live interviews, writing tests up to when I was awarded because of the constant clear communication and follow up.  From the beginning, it was clear what was expected of me and what they were offering. I also like the fact that there is someone specific allocated to me to communicate with since the first year and they do not only offer academic support but do care about one holistically not just marks , though that’s very important but they go an extra mile with checking up on me and actually visiting me at varsity, haven’t heard of a bursary service that does such.

Now and the Future

I am currently doing my final year in medicine in SMU, a student intern.  I am going to proceed to do two years internship and one-year community service and I would like to further study and specialize in psychiatry but I also have interests in family medicine and medical law. 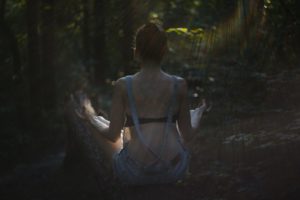 4 benefits of spending time with yourself 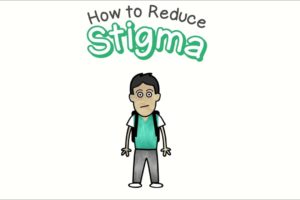 Steps You Can Take Reduce The Of Stigma COVID-19

What to do when you feel sick, this season

NOTICE WITH RESPECT TO CONTINUED OPERATIONS

In line with our national lockdown, we have now physically closed our offices until April 16 2020.  Despite this constraint, we remain committed to ensuring that our business operation continues so that we are able to serve our students and clients.  Our bursary managers and finance staff are working remotely and remain fully available on their cell phones (during office hours) and emails. Our Finance Team is also working remotely so this aspect of the business remains fully functional. Email accounts for our administrative support staff are being continuously monitored and queries will continue to be answered. The same applies to our info@careerwise.co.za email address.